I don’t know what to call them, but these little morsels are the reason the world loves Spain.  Ever since I first Came to Spain last year for the international tapas/pinchos competition I have heard a handful of different stories from many different people of what they should be called.  The well known traditional story is that people would go out to bars, get a drink and bugs would fly in to their wine.  So peopled wised up and topped (tapa, get it?) their glass with a piece of bread.  It then evolved into people having bread with olives or ham or anchovies with their drink and tapas were born!  Story makes sense, its widely accepted… so whose the pinche who brought pinchos?  Well another wise man told me that pinchos are a type of tapa except that they are on a skewer.  Again, makes sense pincho coming from the Spanish pinchar (pierce) that works too.  Only problem is depending on who you’re talking to one story or the other is made up.  Some say that there is no difference or that its only called this or that and well everyone is so proud of their culture in Spain that they’ll swear by it to the grave.  To top it off there’s also the Basque who well don’t even want to say they are a part of Spain and they call them pintxos. So whose right?  Everyone and no one I suppose.  I guess it comes down to say what makes the locals happy or be prepared to be looked at awkwardly, scrutinized and very quickly corrected. 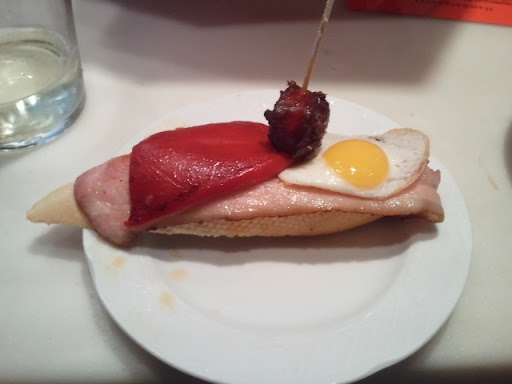 spanish “bacon” (this should be a blog post in itself), pequillo pepper, quail egg, chorizo 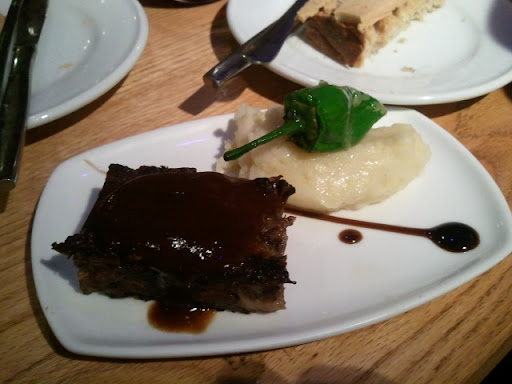 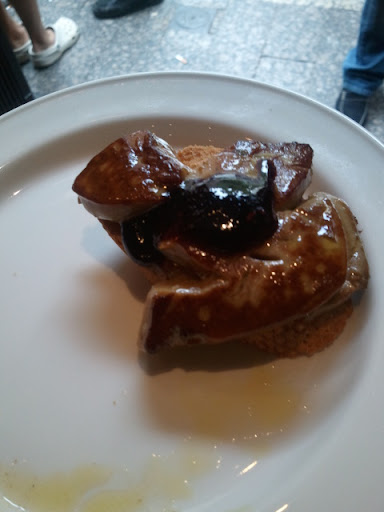