Before we get to the food you get to see a bit of the big heads parade.  I don’t really know too much about it, but basically there’s a parade of giant as well as larger than normal puppet costumes I guess you can call them.  The giant ones parade to the street and then there are ones with people in them running around beating people.  Yes, political correctness isn’t much of an issue out here. 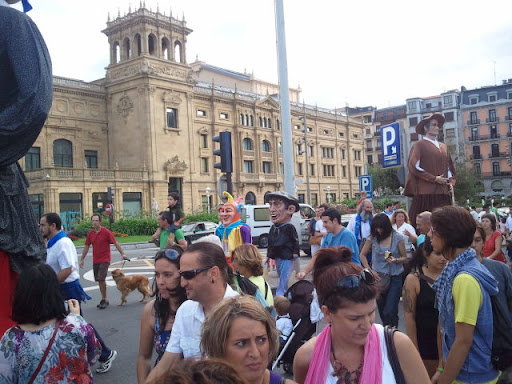 As much as I want to spare you with talking about how good the food is, since that’s all I do, you’re going to have to read through another one.  By zurriola beach there was a square with food and music from all different types of cultures.  It was a tough fight, but the vendors won this night by getting my to try something from pretty much every booth. 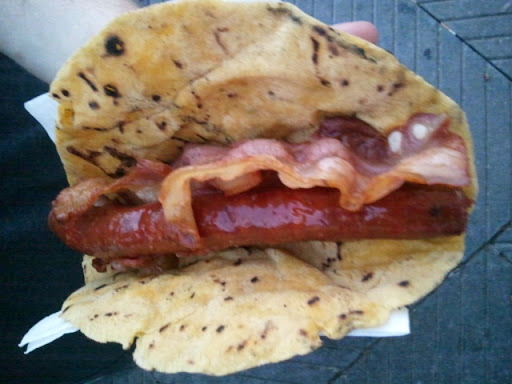 Basically this was a sausage that tasted a lot like chorizo with a slice of bacon with a taloak flat bread.  Big winner here.  Taloak was good (was similar to a Mexican flour tortilla) sausage was spicy and the bacon was well.. bacon…. om nom nom! 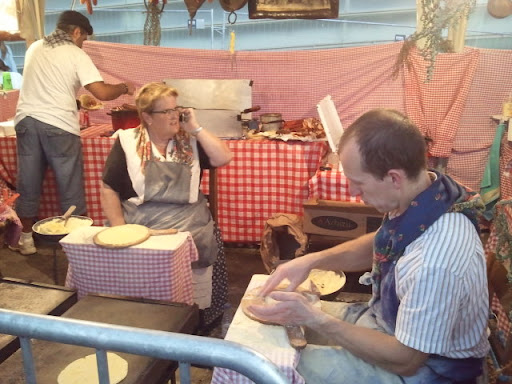 Cell phone use is part of the kneading process apparently. 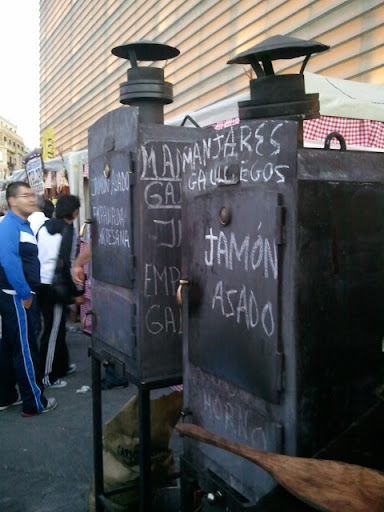 Among other things this guy was doing some whole smoked/roasted pulled hams that were irresistible.  Beautifully caramelized, smokey, moist and served with some good bread.  Simple, what more can you ask for? 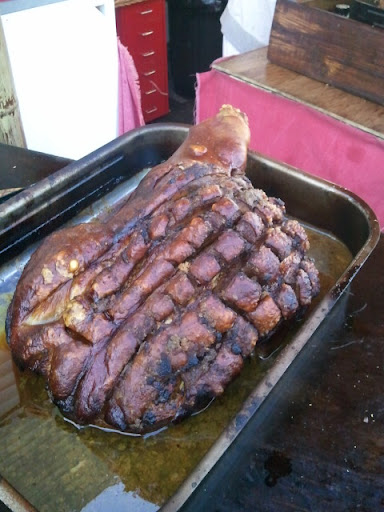 That liquid that the ham is sitting in is actually all of my drool. 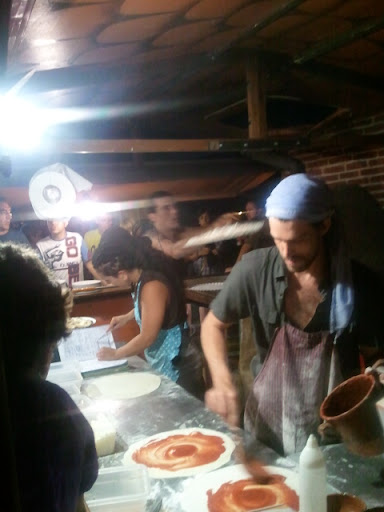 Pizza!  This was pretty good, some of the best ive had in Spain so far, but still no contest to pequods. 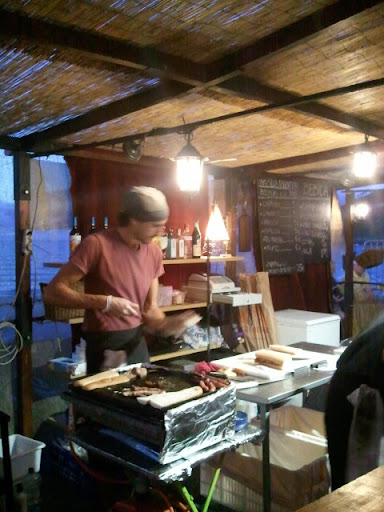 We picked up some sausages and veal from this guy.  The veal was alright, but there sausages were bangin. 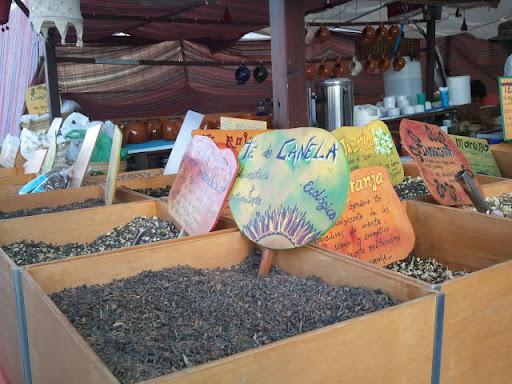 Some cool teas to take home or drink there.  Such great stuff.  Ive been to a lot of markets but havent really seen anything as diverse or as interesting of a tea vendor like they had here. 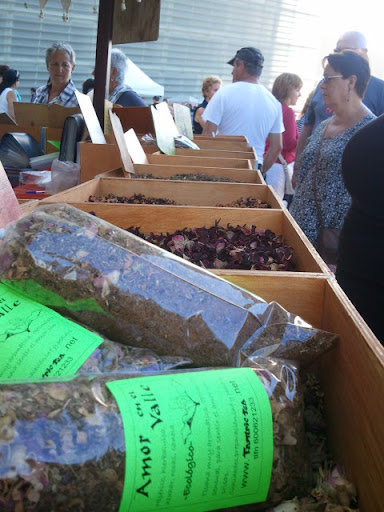 A bit choppy but heres a panoramic shot of the event! 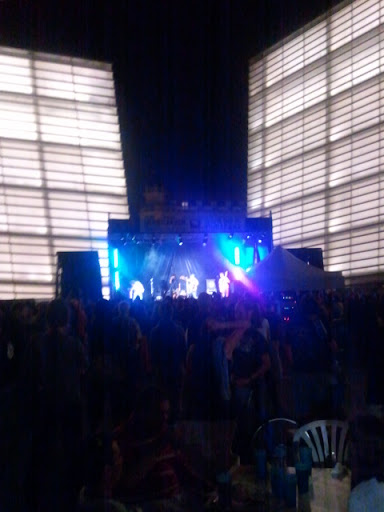 Cant forget about that great spanish music!  The scene was really became a lot of fun.  Its not really the type of music I usually listen to, but with their being so much energy and great music it became such a blast. 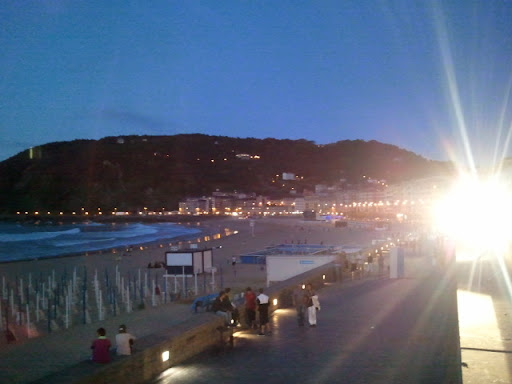 So video is a bit crooked but who doesn’t love explosions!

As you may have been able to tell I have been having a blast out here.  We actually get 2 days off from the restaurant which is quite the nice weekend to have when you’re in Spain.  We work hard and get to enjoy ourselves with the time we have off, cant ask for much else.  Our next trip?  We go to a Rioja Vineyard, just another day on the grind.