Right now seems to be quite a lot going on no matter where you areon this big rock.  Back home lollapalooza wrapped up not too long ago and next up is North Coast.  Here in Spain we got to enjoy Semana grande (Big week) which is quite the festival in itself.  We were only able to check out everything that was going on for one day though none the less we had a blast.

The whole town really gets involved for this festival. theres people who travel from all over just to enjoy the festivities. The bars are crowded, the streets are full and today everyone is excited for the pirate races.

What is this wild pirate race I speak of? Well basically people would sign up and make all different kinds of homemade boats and race from the starting pier to the beach.  Though this wasnt exactly what you might think of a typical race.  It was more of a lets start by making a boat that will hopefully float.  After that lets fill it up with as many people as we can, wine and smoke bombs too.  Once it started I sorta felt like I was in a cheap pirates of the Caribbean reenactment… take a look for yourself. 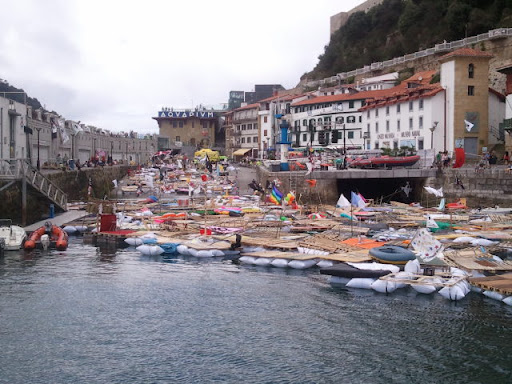 The pirates be drinking their ales, as their boats be at bay.. 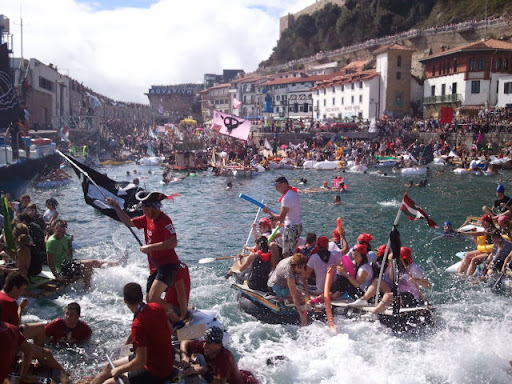 Why did the Pirate get a BUI (Boating While Intoxicated) ?
Because he was drunk leaving the baaarrrrrrr!!! 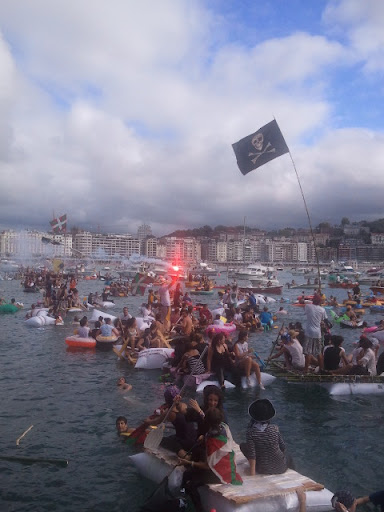 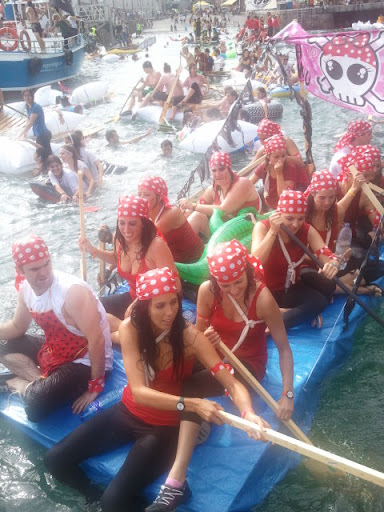 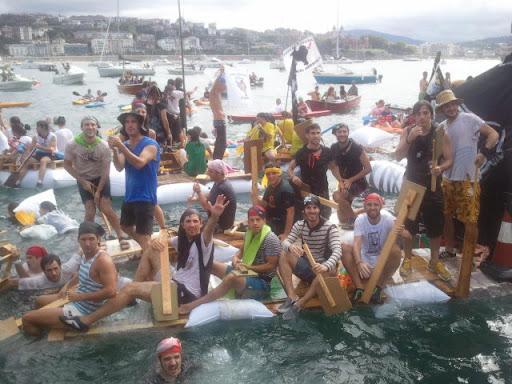 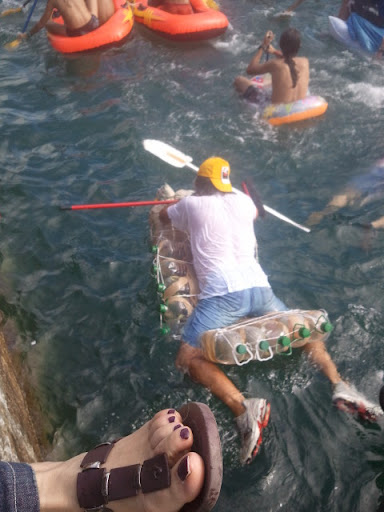 As you can see the boats are made out of pretty much anything cheap with lots of duct tape. 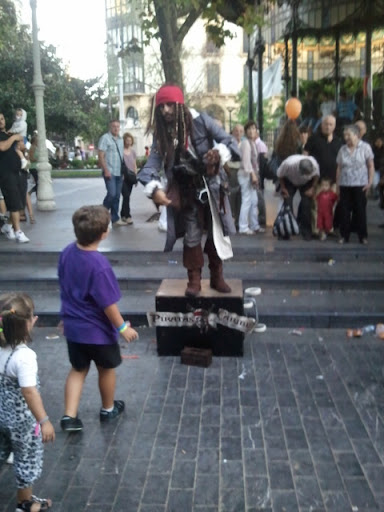 Oh and Jack sparrow stopped by too.  He told me to say hi, and if you had any spare change.

Check back soon for part: Food and fireworks.