With our being a little over a month that I’ve been in this kitchen there are bound to be things that change. When I first started I was fighting to simply look busy as I usually didn’t really understand the flow of this kitchen. Its different from one kitchen to the next, though it’s a whole new dance when you’re in a three star restaurant in a foreign country. 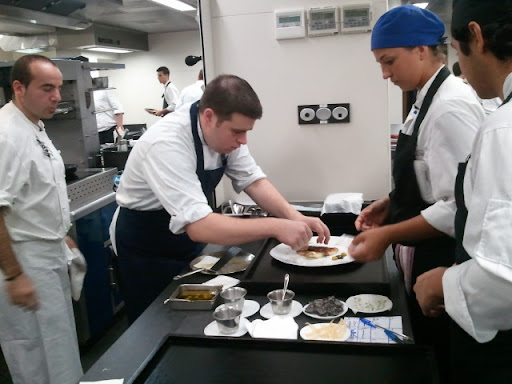 As I’ve gotten more comfortable I’ve slowly been gaining more and more responsibility every week.  It various per person and per station but the general idea is that during plate up everyone has one job… don’t screw it up.  Since arriving I have been working in the fish station with the sous chef Xabier.  Hes a younger chef who reminds me very much of the banquets Sous chef I worked with when I was at the peninsula.  Strict, straightforward, doesn’t mind yelling when he needs to and very organized.  It’s through those traits that makes me believe hes got the best run station in the restaurant.

Something that is very different about this restaurant compared to anything ive been in before is how the staff cycles.  There are only a few people who are paid at the restaurant.  The rest is the army of stages that makes up the restaurant.  Most of the stages come for a 3 month internship coming from all different parts of the world.  So far ive seen people from Australia, Mexico, Italy, Ukraine, Spain and the good ol USA.  Every week im seeing people come and go, its very interesting.

Just when you start to get a good group of friends together everyones term eventually ends and heads off back home, bittersweet.

Another more tangible change is to the menu.  We have recently made some changes to one of the dishes on the fish station. 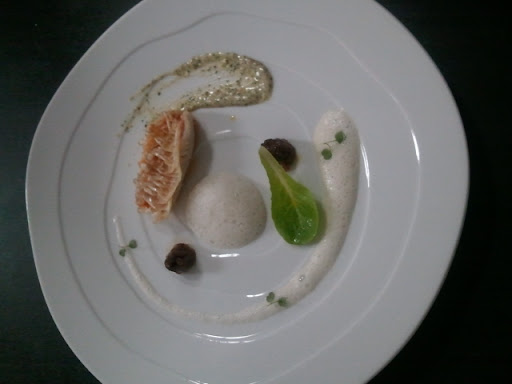 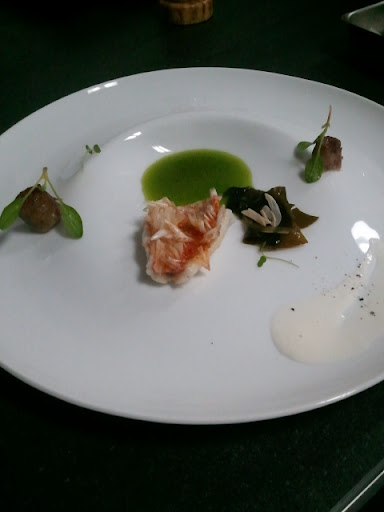 We pretty much have as much as we possibly can done to order. Fish are taken off the bone at the start of service and then portioned/trimmed in waves through service.  Sauces made new every service, micros trimmed from little dirt beds to order, pretty much every garnish or veg. is cut fresh per service.

The lifestyle out has been quite the change as well, in many ways.  The stories are true, siesta exists and what a pleasure it is…usually.  We pretty much put in a 16 hour day with an hour long siesta around 5.  So far the weather has been great so its been a real treat to get out of the kitchen and actually be able to see the sun during the week.  Nothing like back home where I would go for days with out seeing much day light.  Though it can be quite annoying when half the town shuts down when you need to go out shopping.  As much as I love ‘Merica I gotta embrace the lifestyle. 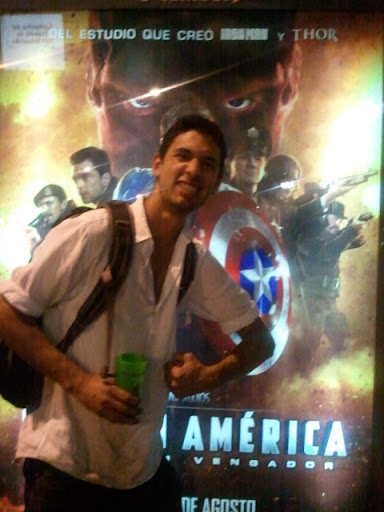 Something that im not really used to is the small town setting.  Where we live and where the restaurant is located is in a very small city called Lasarte Oria.  Ive got a 10 minute walk to work, a grocery store down the block, a cafe across the street and I could pretty much throw a rock to the train station.  Very similar yet very different compared to the setting back in Chicago.  Closest thing to it is the big city which is a short train ride away, San Sebastian. Oh how I love it.  This has been quite the exciting town.  This week has been a big festival called semana grande (big week).  We got to enjoy a bit of it, but you’ll have to wait untill my next post to hear about it. 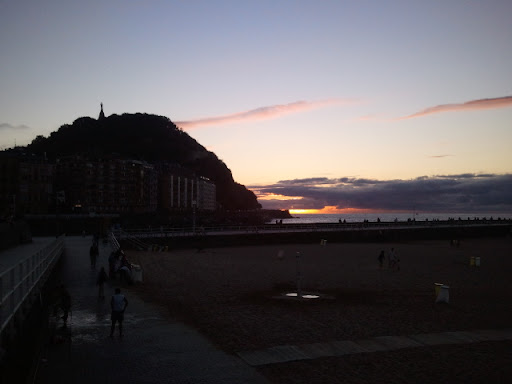