San Sebastian isnt exactly a big city compared to Chicago, though a lot of the streets do seem pretty similar making it easy to get lost.  Though no worries when theres plenty of good tapas bars around every corner.  I feel that one could be here for months on ending discovering new bars…lucky for me.  This particular night we go to some new bars and revisit some because well their food is really good and the drinks are cold. 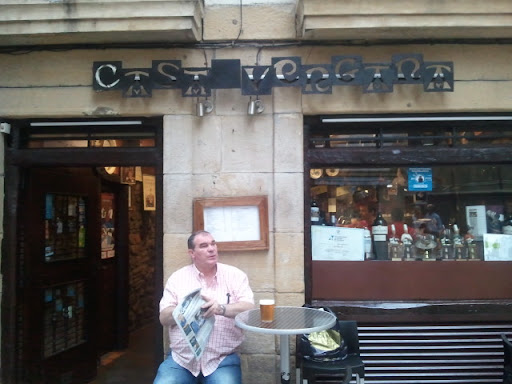 So me and my buddy Carlos went out and ended up here as our first stop.  He had been here before and mentioned them having some kind of false cigar tapa…gotta have it. 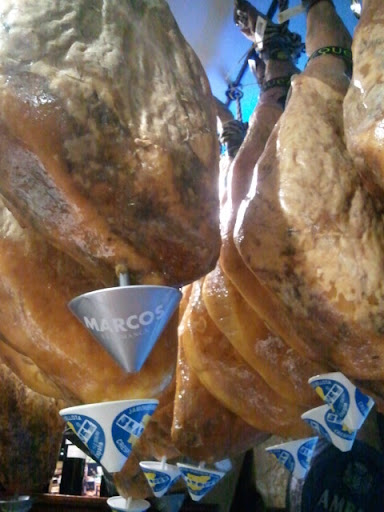 As we waited we admired the great Jamon hanging in the bar which is really cool and pretty common.  Though these I liked in particular. 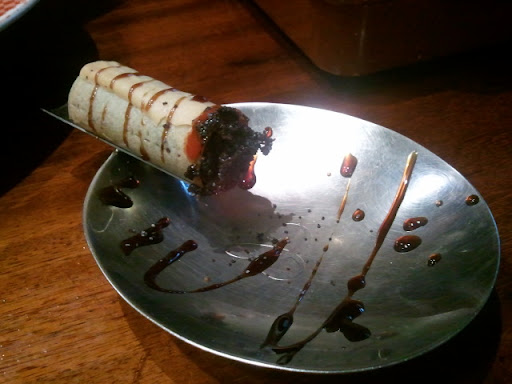 So heres the Cigar!  Turns out it was actually filled with Morcilla which is a spanish blood sausage.  In this version it was actually a little bit sweet which was nice especially with the sweet sherry vinegar sauce.  and if youre wondering its poppy seeds that the used as the “ash”. 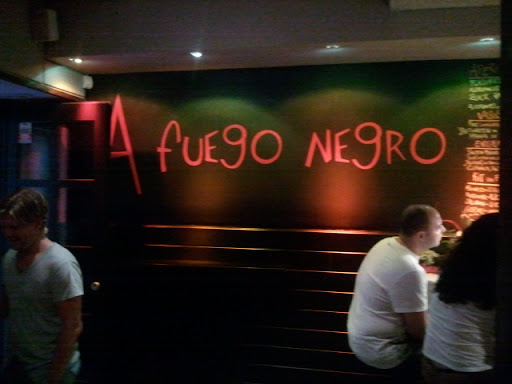 Fuego Negro is up next.  I have actually been here once before, and I like the place.  Its a well known really popular bar with some cool plates, but a bit pricey.  Though the environment is really cool.  I cant help but think how successful they would be back home. 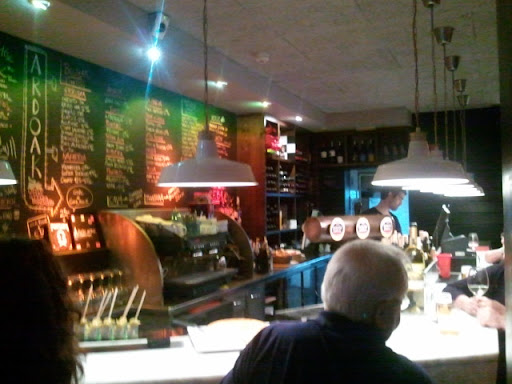 A shot at the bar with grandpa having a Cana. (a beer) 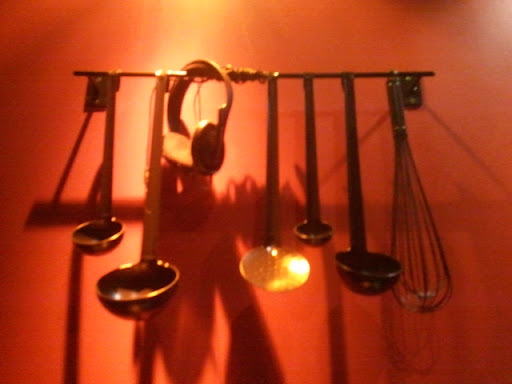 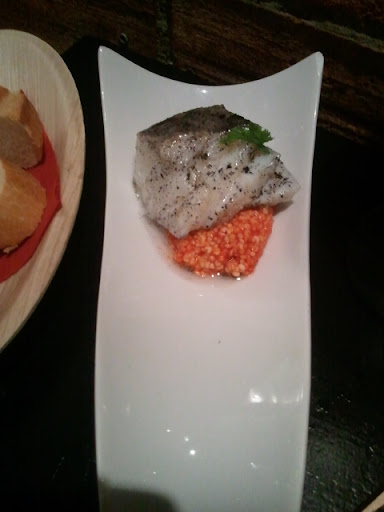 “Coaled” cod.  I was really hoping that this would be similar to some of the flavors at Etxebarri…not even close. no surprise there.  The flavor didnt have that strong smokey coal flavor that I got from etxebarri, though it looks very nice!  Neither of us could figure out what the grain was below it.  help? 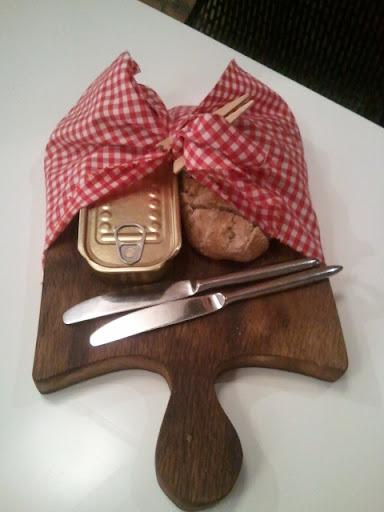 This is what they sent out to us for one of our tapas, any guesses? 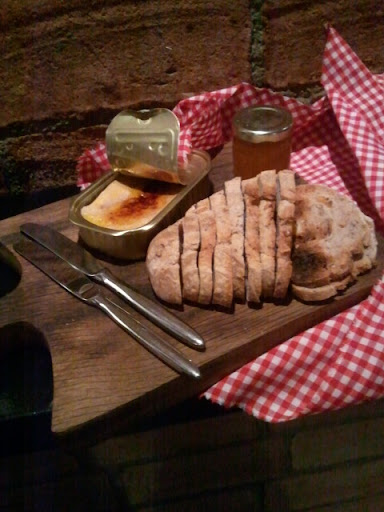 Surprise!  Foie gras in a can, but not from a can.  Tasted great and they carmellized the top of it which was pretty cool.  It came with a slightly sweet crunchy bread and something that tasted a lot like a pumpkin puree. 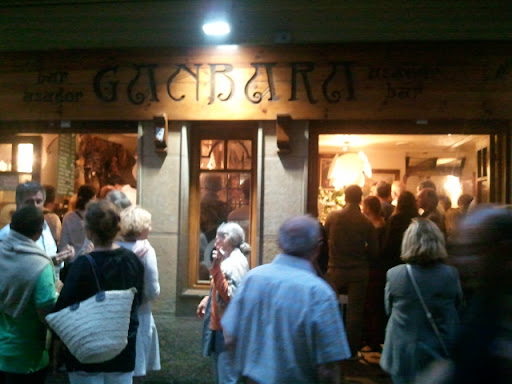 So this is a place that has some great food and is really well known for its mushrooms as you will soon see. 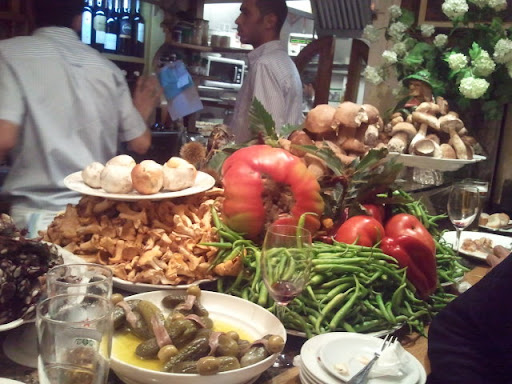 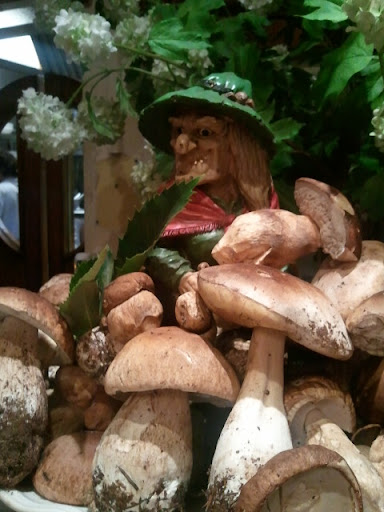 Here is their mushroom picking gnome with the some of the best mushrooms in SS. 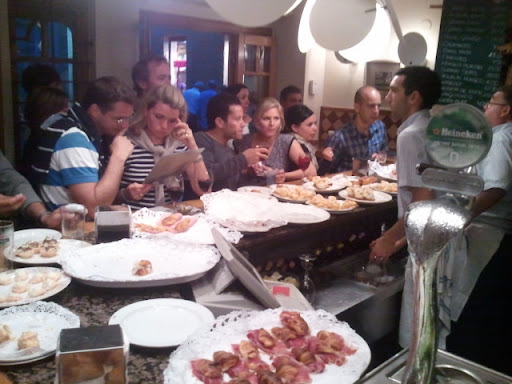 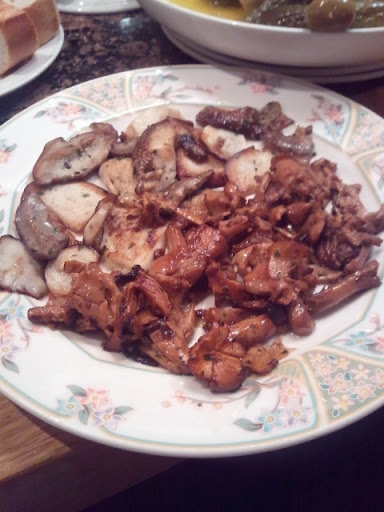 So far one of my favorite tapas bars in San Sebastian.  Its just so good!  Its a style similar to etxbarri, simple food that cant help but keep you coming back for how good it is. 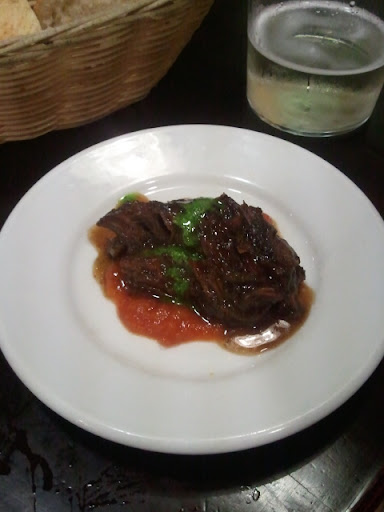 Our old friend beef cheek just as tasty as ever. 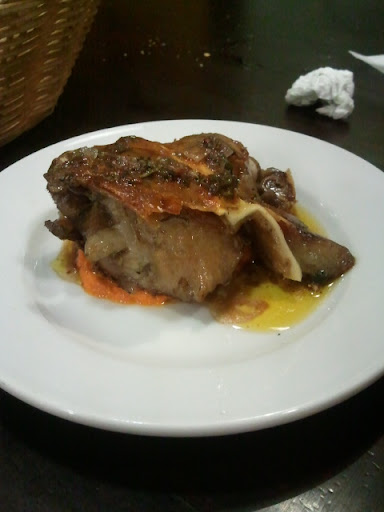 Another pig ear, even better this time.  Sorry Chef Browning, I love your pig ear dish, but this one takes the cake. 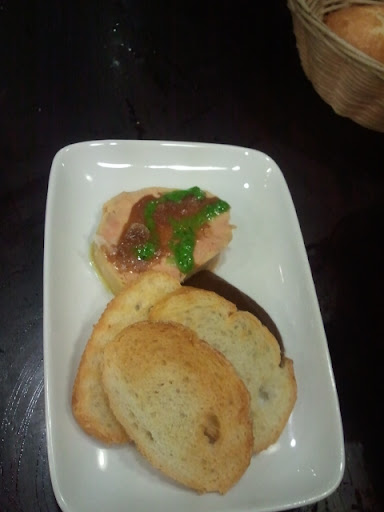 Foie gras obsession continues.  This time with a plum puree below it. 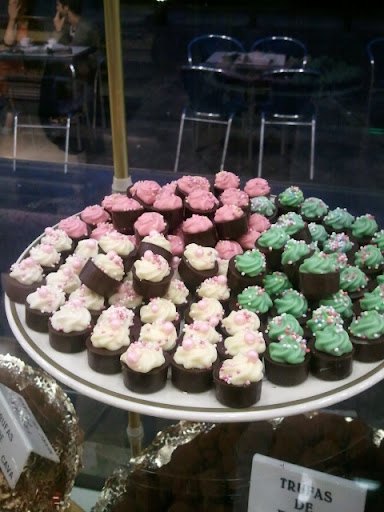 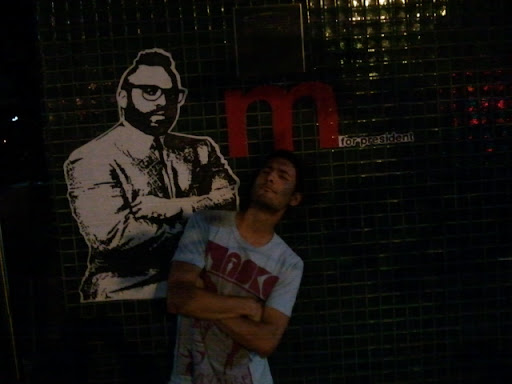 With as far as away that I am from the states its nice to see that the USA still has its influence. Especially one like Mr.T. 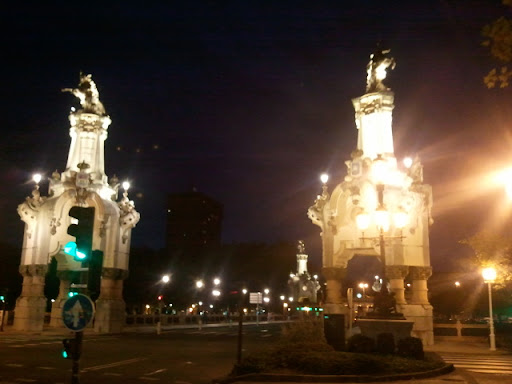 After stuffing our faces we finally started heading back home.  Its still so bizarre to think that I am living in spain.  Not on vacation, but living here.  Its been officially one month now and ive gone around and seen so much d is really just the beginning. 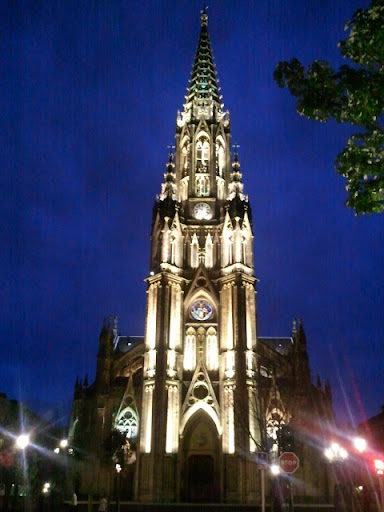